Bridge Project is a series of art installation works that started in 2017. In the 21st century, technology develops rapidly but the distance between people sometimes gets further. I wanted to create a bridge between the heart of people via art and technology. I got this idea in 2016 when I composed a piece called “Hua,” which is written for two percussionists and a WeChat (a social media app on the smartphone) player. This piece depicts and derides the phenomenon of people checking their phones so much that they ignore things around them. During my social research for “Hua,” I found that technology doesn’t always make the connection for people, even sometimes does the opposite, and I found the basic idea of Bridge Project from this.

This piece is the second one in my art installation series, the “Bridge Project”, which is about questioning the technology-born distance that divides people nowadays. For the exhibition, the audience needs to download the iPhone app, walk into the venue with their devices, and enjoy the sound moving around them. The app will receive the specific sounds from the speakers in the venue and reply with other sounds. After that, other iPhones will produce yet more sound in response to receiving the initial device’s sound... this repeats again and again and makes a cyclic effect with the other participants’ iPhones which results in a venue-wide soundscape. The technology part is supported by Rui Luo, pre-recorded material was recorded by Jackie Traish and Luisa Mei Bressan. 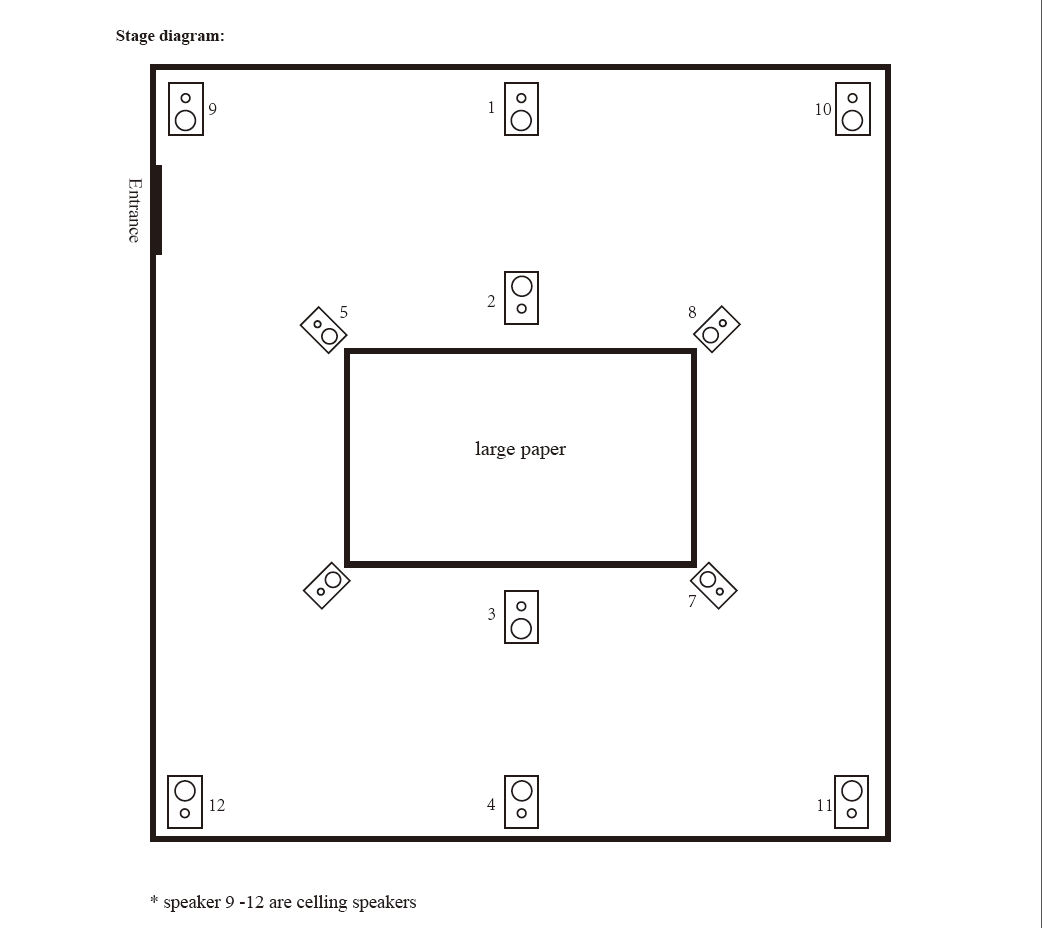