Bridge Project is a series of art installation works that started in 2017. In the 21st century, technology develops rapidly but the distance between people sometimes gets further. I wanted to create a bridge between the heart of people via art and technology. I got this idea in 2016 when I composed a piece called “Hua,” which is written for two percussionists and a WeChat (a social media app on the smartphone) player. This piece depicts and derides the phenomenon of people checking their phones so much that they ignore things around them. During my social research for “Hua,” I found that technology doesn’t always make the connection for people, even sometimes does the opposite, and I found the basic idea of Bridge Project from this.

Bridge I was an application, which operates on Mac OS, and also was a birthday gift for my mother in 2017. All the sounds here were sung by myself. The song here is a Cantonese nursery rhyme (which describes the moonlight and the traditional Cantonese life) that my mother always sang it to me when I was a child. Now, I’m studying aboard and unable to meet her often. Therefore, I turned the laptop into a bridge between my mother and I that crosses any distance. If she starts to miss me, she just simply runs the app, waves her hand to the camera, and then I will sing and light a candle for her, making her feel warm and love. 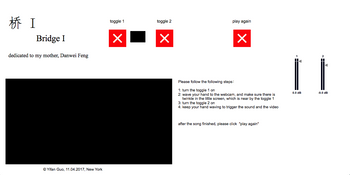 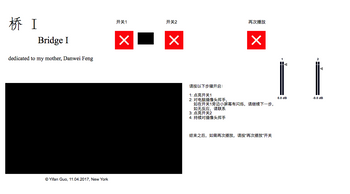 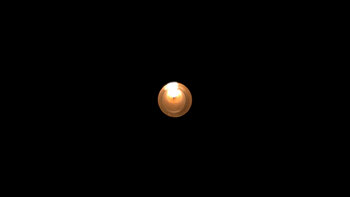